Council of Alumni and Friends 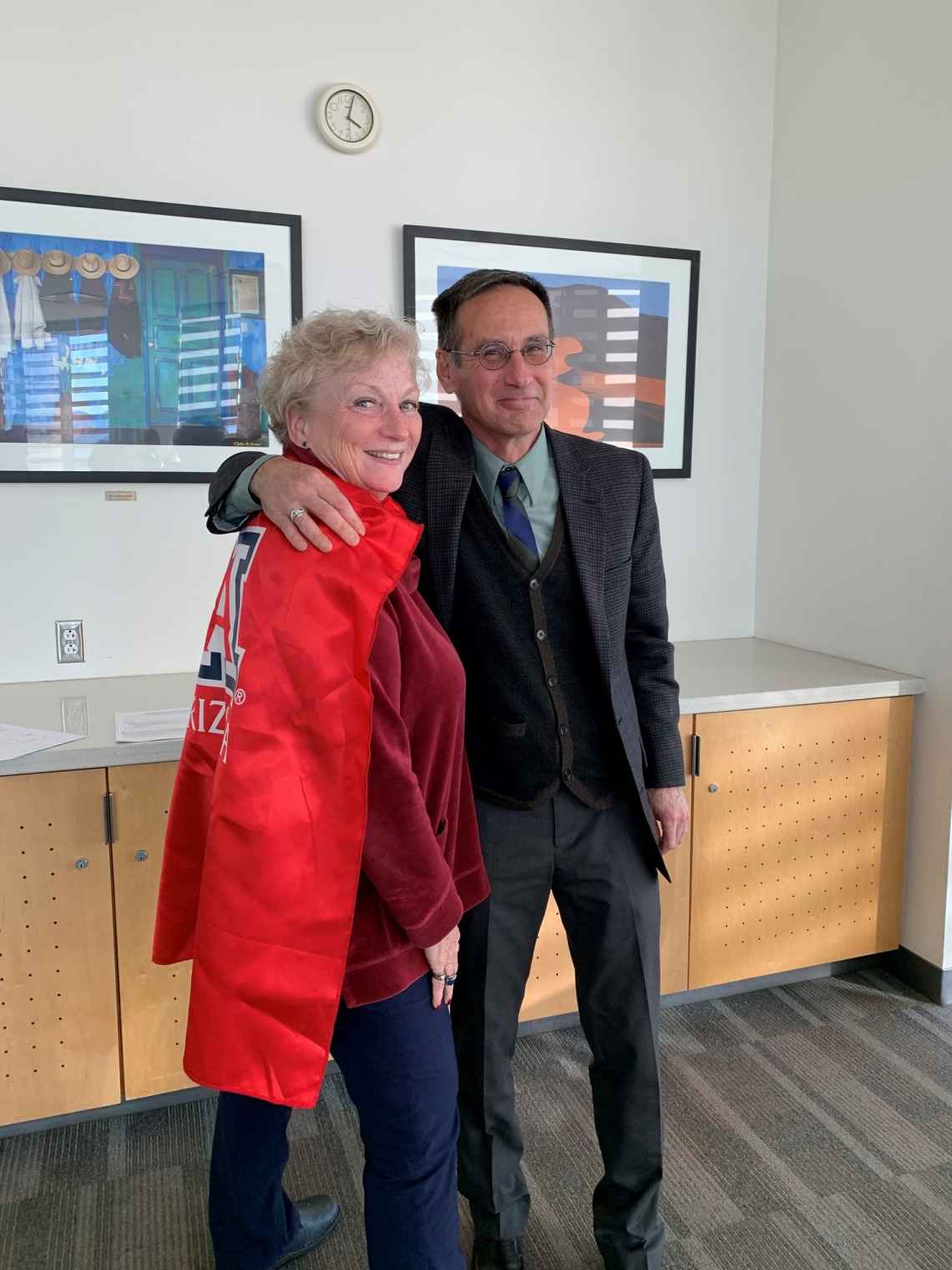 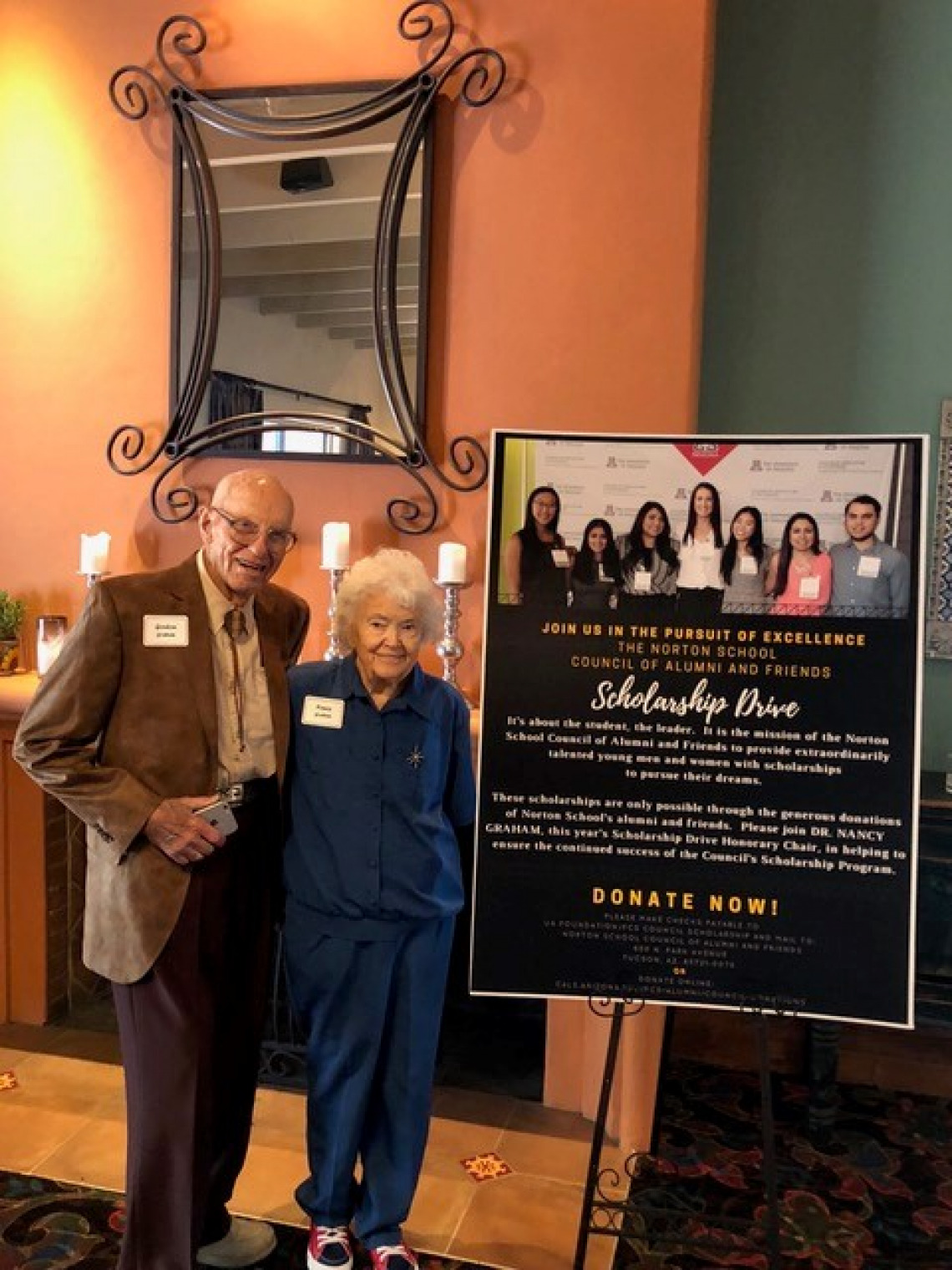 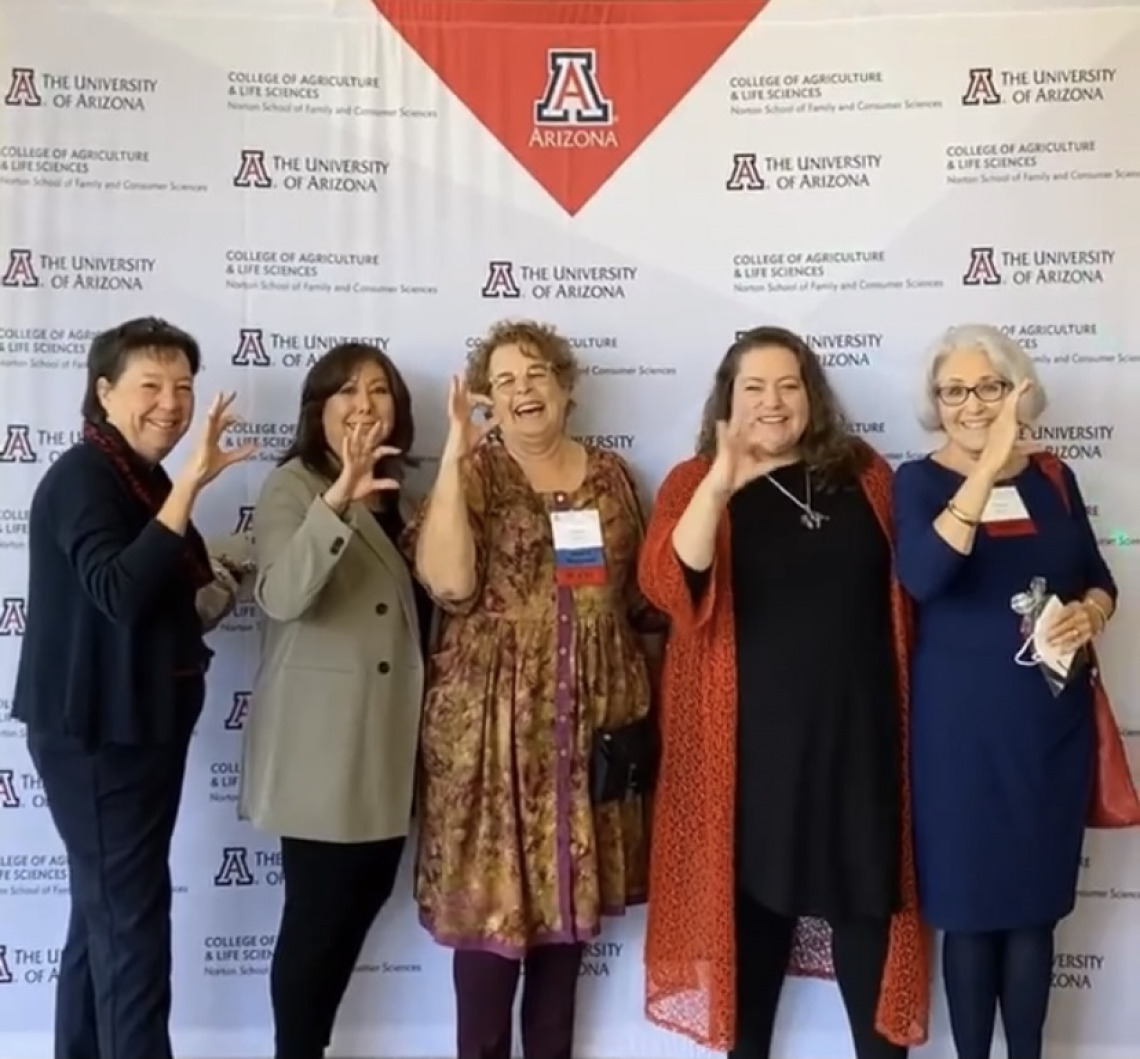 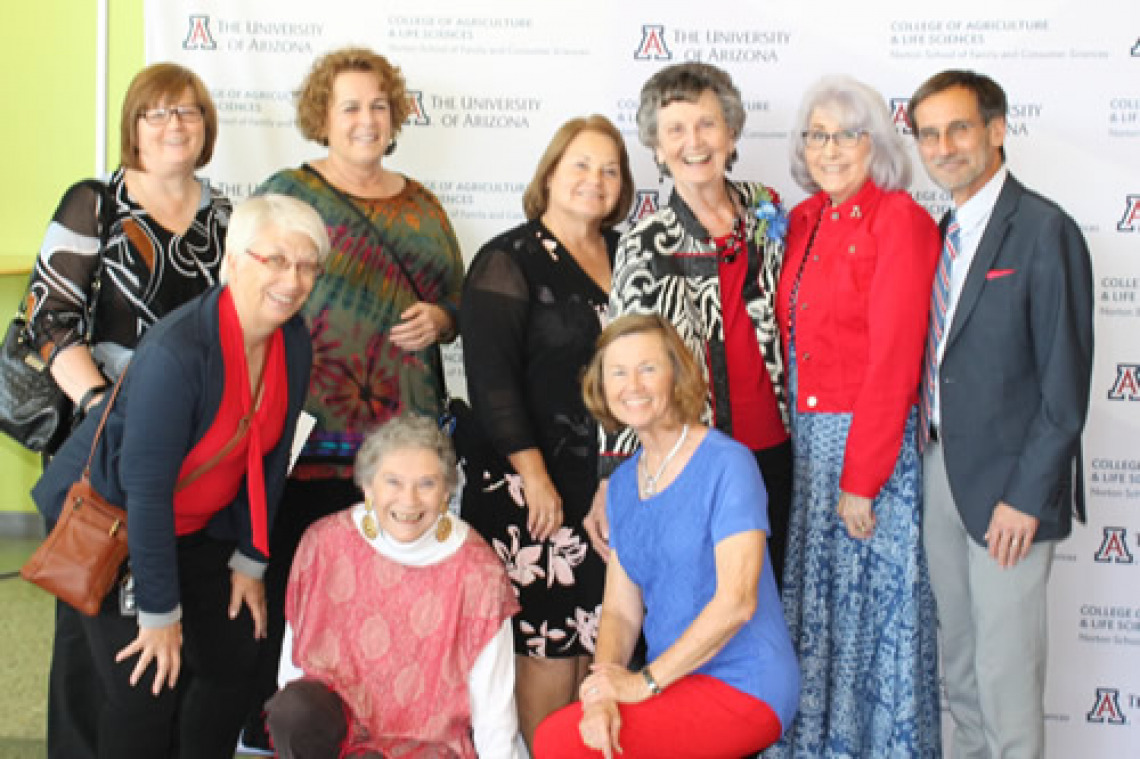 The purpose of the Alumni Council is to aid and support the goals of FCS through the participation in and communication of all relevant activities. During the year we host graduation celebrations, faculty/staff luncheon, and alumni receptions for past and present alumni. In addition to the many activities we coordinate and participate in, we raise money for student scholarships while serving as advocates on behalf of the School.

Questions? Email us using our online form or  at sfcs@cals.arizona.edu.

One of the indicators of the quality of a School and its Programs is the endeavors and accomplishments of its alumni. Recognizing and honoring our graduates for their body of work in the profession and for their contributions to enhancing the lives of individuals, families and communities is an important aspect of the work of the Council of Alumni and Friends of the John and Doris Norton School of Family and Consumer Sciences. Your assistance in identifying individuals who deserve to be recognized by our School, our College and our University is vital to the success of our work. You are the ones who have known our graduates as students and have watched them as they have developed into outstanding professionals and community leaders.

Nominate someone for one of our Awards using the online form here - https://norton.arizona.edu/alumni-giving/award-nomination-form.

Emerging Professional Award is presented to an individual who has demonstrated superior performance in her/his field of endeavor and has made a significant contribution to the well being of families and consumers and is less than 15 years from graduation.

Professional Achievement Award is presented to an individual who has demonstrated superior performance in her/his field of endeavor and has made a significant contribution to the well being of families and consumers and is 15 years or more from graduation. Preference will be given to an individual who has received a degree from the University of Arizona in Family and Consumer Sciences.

Judy Mellor Alumni Volunteer Service Award is presented to an individual who has made a significant contribution to the well being of families and consumers through outstanding leadership and volunteer service to the community and/or to the School and the University.

Faculty Award is presented to a faculty member of the Norton School of Family and Consumer Sciences for outstanding service and support for the Council of Alumni and Friends.

University Staff Award is presented to a University Staff member of the Norton School of Family and Consumer Sciences for outstanding service and support for the Council of Alumni and Friends.

FCS Special Recognition is presented to an individual or group in recognition of special service provided to the John & Doris Norton School and/or students.

All awards will be presented as follows:

Attendance is expected at the our annual Homecoming Luncheon and Awards Ceremony.

The FCS Council of Alumni and Friends will also consider nominations for additional CALS and UA Alumni Foundation Awards nominations on your behalf.

To learn more about our past award recipients, please click here.

In the fall of 1979, Helen Goetz had the idea of organizing a "council" of alumni to serve as a lead between a college dean and the alumni to promote a strong feeling of a college's administration and it's alumni was born. Helen spearheaded the collection of 25 alumni signatures for the establishment of a Council of the School of Home Economics; prepared the by­laws and a proposed slate of officers. A meeting was held to determine the officers by those who attended. They were: Vivian Bancroft-Swift, president, Beth Martin, vice president, Jackie Bell, treasurer(with no money to allocate), Helen Goetz, secretary and repre­sentative to UA Alumni Board. Naomi Reich was urged to be faculty advisor. The official Charter was dated June 7, 1980, signed by Alumni Association President Donald Butler and Director of Alumni Michael J. Harold.

In the fall of 1981, a letter to all home economics alumni(over 10,000) was mailed by the Alumni Asso­ciation to inform them of the "new" council's organi­zation. About 300 returned the return card indicating that they were willing to become active members.

What do we mean by "Alumni Council?"

Some of our alumni may wonder how a "council" differs from an "alumni club." All of us know about clubs, but in 1980 The University of Ari­zona Alumni Board organized groups, named councils, as a means to establish a closer relationship between the Association and the deans and faculty of The University. Upon a request signed by 25 alumni of a particular unit, a charter would be issued and the council could appoint a representative to the Alumni Board who had a vote on all Board matters.
The FCR Council (Home Economics) was organized in 1981. Letters were mailed to all known alumni asking for a return of a post­card indicating if they were interested in membership. As with all The University of Arizona alumni organizations, membership is auto­matic for all former students who either have received a degree or completed at least 30 units of credit at The University of Arizona. The by-laws of the FCR Council give the following purpose:

When the Agriculture Alumni Council was organized in 1982, seven home economics alumni (including the president-elect) be­came members of the board of that council. Since that time, no less than three FCR alumni have served on the COA Council, two as presidents and one is a member of the executive committee of that council and another is incoming president for 1995-96.

The close working relationship between the two councils within the College of Agriculture is shovm in the wording of the oper­ating procedures of the by-laws of the two which read (for the FCR Council) "The FCR Council recognizes the logic of the existence of the College of Agriculture Alumni Council and will exert its best ef­forts to create the highest possible level of harmony and cooperative spirit for these two operations."

Alums of the Norton School are automatically a part of the Norton School Council of Alumni and Friends and are welcome to participate in our activities and events, but we would like you to think about doing a little more. We invite you to become actively involved as a Supporting Member of the Norton School Council of Alumni and Friends. As a Supporting Member, you will have a voice to share your opinions and ideas and have a vote in the decisions being made. You will have unique opportunities to participate in programs and activities the Council sponsors. In these especially difficult times, our students can use your support more than ever.

Mark your calendars for our 2022 Homecoming event on Friday, October 28th, 2022 held at the McClelland Park Lobby. More details will be coming soon.

Each year, the Norton School of Family and Consumer Sciences Council of Alumni and Friends awards scholarships to deserving Norton School students. For example, the Council is awarding $8,500 in scholarships for the 2020‐2021 school year. Over $30,000 has been awarded during the past five years. Scholarship awards come from donations to the Council’s Scholarship Fund made by alumni and friends like yourself during our annual scholarship drive.

Every now and again, our council loves to host events where all Alumni are welcome to return to Norton for a fun social event! Stay tuned to attend our next social!

View all events on the calendar